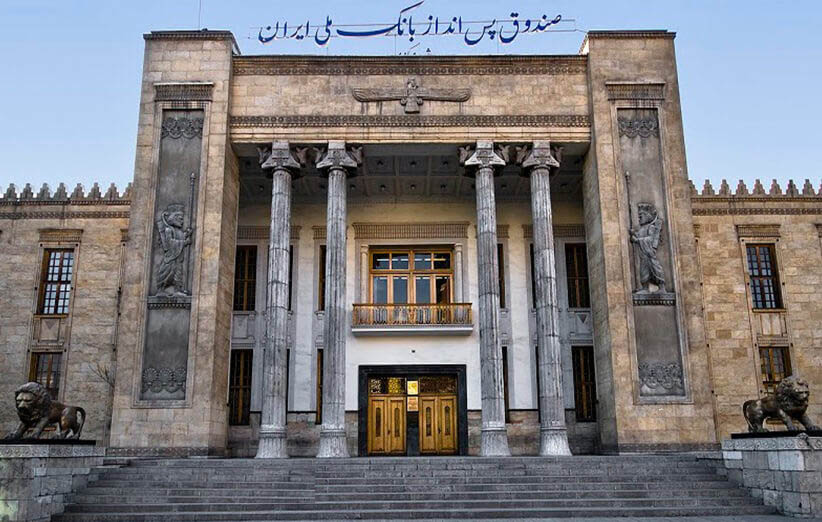 The National Jewelry Museum of Iran

It is a collection of the most precious jewels in the world, collected over the centuries. Each object in the Museum recalls the bittersweet victories and defeats which at the same time can be a reflection of the history of Iran and the artistic talent of its goldsmiths. This Treasure depicts the culture and civilization of the Iranian people who have had an adventurous past, but apparently never renounced the pleasure of bragging even with luxury items, obviously of priceless luxury. 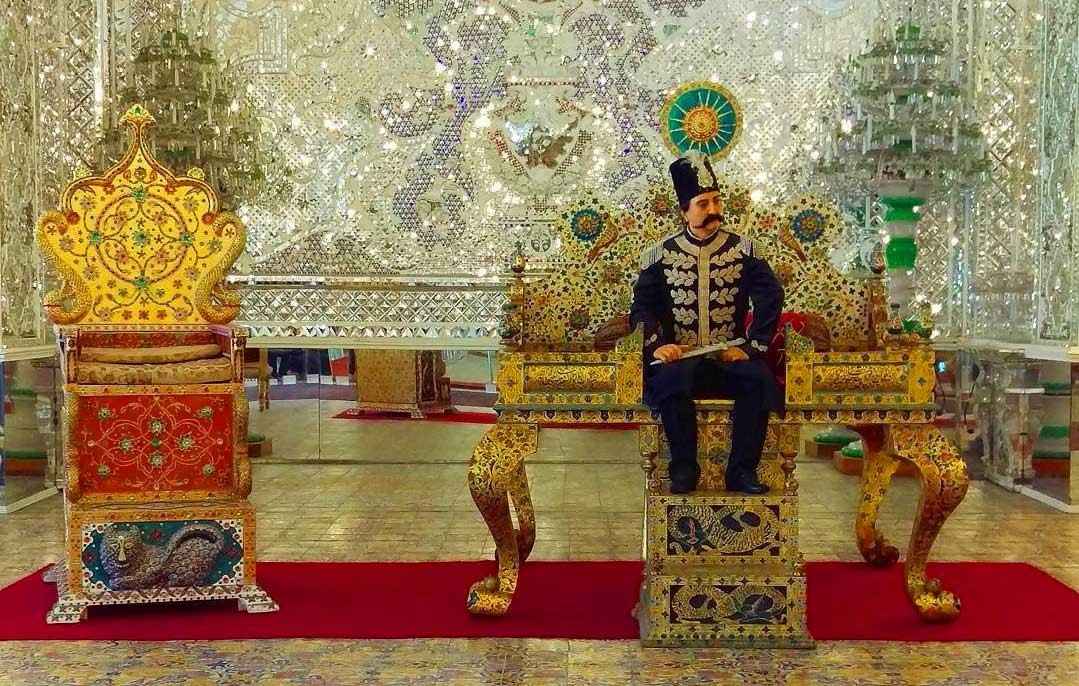 The value of the objects in the Museum is not limited to their economic value, but is also a reflection of the creativity and taste of Iranian artisans and artists in different eras of Iranian history. 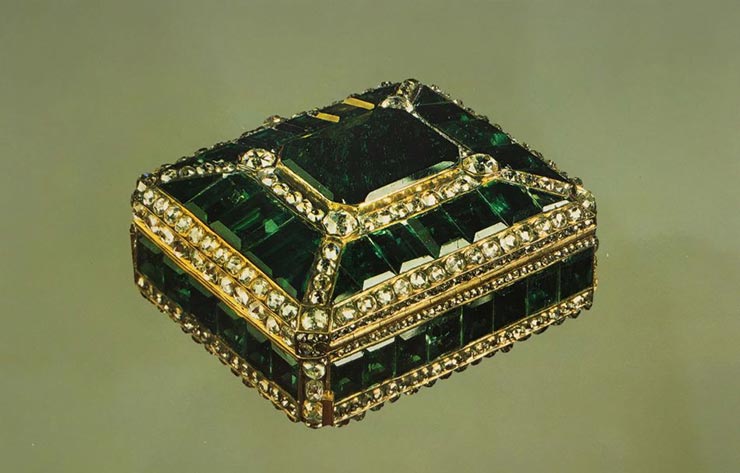 Initiative during the Safavid reign

The creation of the collection dates back to the Safavid period, ie the beginning of the 16th century. At the beginning of the Safavid dynasty, the royal treasury was almost empty and there were no items of real value to protect the country’s economy. According to reports from early Orientalist explorers, including Jean-Baptiste Tavernier and Chardin, the early Safavid rulers demanded that their best experts go in search of the royal gems lost in the turmoil of Iran’s turbulent history. As a result, they found and repatriated (to Isfahan) from neighboring countries such as the Ottoman Empire and India, as well as from more distant countries such as France and Italy.

After Mahmoud the Afghan arrived in Iran, the treasure was dispersed and some jewels were taken from them. Nader Shah Afshar in 1736, defeated the Afghans, and prevented the transfer of jewels and royal property out of the country. Since some of the merchandise had been brought to India some time earlier, then Nader Shah, after an unanswered letter addressed to Mohammad Gourkani’s court, led an expedition to Delhi to bring home the spatred jewels. Upon his return to Persia, he had collected a large number of slaves, loot and elephants, but what he was most pleased with was undoubtedly having brought back the diamonds Kouh-e Nour and Darya-ye Nour. (which in Italian means respectively “mountain of light” and “sea of ​​light”), symbol of the imperial power of Persia. After Nadir’s assassination in 1747 AD, Ahmad Beg Afghan Abdali, one of his commanders, plundered Nadir’s treasure. One of the famous jewels that left Iran during this period and never returned was the famous diamond “Kooh-e-Nur” (Mountain of Light). This diamond passed into the hands of Ahmed Shah Durrani and then to Ranjit Singh of Punjab. After its defeat by the British government, the Kooh-e-Nur diamond fell into the hands of the East India Company and was donated to Queen Victoria in 1850.

Other objects have been gradually added to this treasure, they are: the turquoise, the real precious stone of Iran, extracted from the local turquoise mines; pearls, hunted from the Persian Gulf. The current collection was built in 1955 and is protected by the Central Bank of the Islamic Republic of Iran. 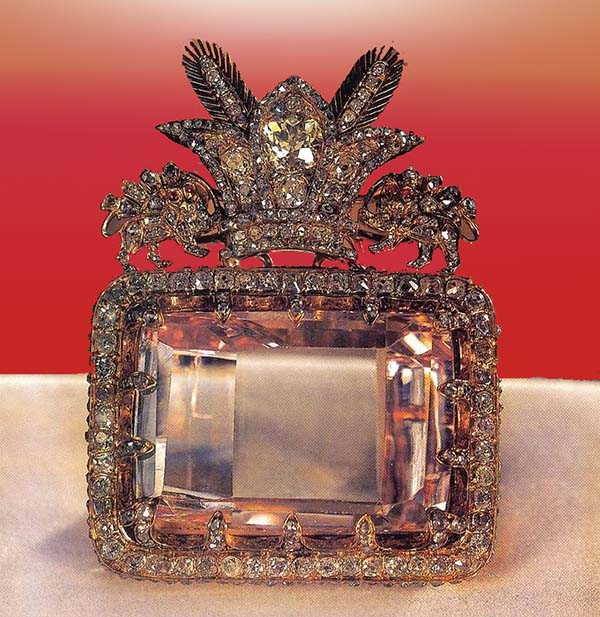 the most famous object: The Diamond Sea of ​​Light

Perhaps the most famous object in the museum is the 182-carat Darya-ye Nour diamond which means “sea of ​​light”, which shines in a slightly pinkish color. This famous diamond along with its companion, the Kooh-e-Nur, or Mountain of Light, perhaps due to the similarity of the names, have always been renamed together throughout history, although there is no similarity in cut or color between these two. diamonds.

Nasser, one of the kings of Qajar believed that this diamond was one of the gems that decorated the crown of Cyrus the Great (558 to 529 BC). He wore it as a bracelet, aigrette or as a brooch. The sea of ​​light has been cut on both sides, all surfaces are uniform and regular except one surface on which Fath Ali Shah engraved his name – which sadly reduced the original weight of the diamond. Also known as the Crown of Fath-Ali Shah Qajar and studded with diamonds, emeralds, rubies and pearls. The last red stone is the famous Orangue-zib spinel. This crown was made during the reign of Fath-Ali Shah, and was used by later kings in the Qajar period. Corona Kiani is the first crown made in this form after the Sassanid dynasty, which owes its shape to the crowns of the great kings of that period, namely the Sassanid Empire. Reza Khan requested that his crown be specially designed for his coronation in order to distinguish his ceremony from Qajar rituals. The crown used during the coronation of the Qajar kings was the Kiani crown, but Reza Khan Pahlavi was not inclined to use it. In 1925 a group of Iranian jewelers, under the supervision of Haj Serajeddin (the famous jeweler who had been the jeweler of the Amiro of Bokhara, and had emigrated from Russia to Iran), undertook to make this crown, using stones selected by the Treasury. . This crown was used in the coronation of Reza Pahlavi, held on April 25, 1926, and in the coronation of Mahammad Reza Pahlavi on October 26, 1967. The fabric of the crown is red velvet. On the 4 sides of the crown there are crenellated motifs and also sunbeams on the four panels, totally set in diamonds. It is made of gold and silver, decorated with very beautiful brilliants and large precious stones including emeralds, rubies, but also a teardrop-shaped pearl. It was designed in the Sassanid style, but in a smaller size than that of the Qajars. Corona Pahlavi includes 3380 diamonds of 1144 carats, 5 emeralds of 199 carats, 2 rubies of 19 carats and 368 round pearls and weighs 2080 grams. Aigrette Nadir with diamonds and emeralds

Adorned with diamonds and emeralds, in the center of which is a large and colorful emerald egg. The lower part decorated with three beautiful emerald pendants. The upper part is made up of seven splits, and on both sides of the splinters two diamond threads, leaves and flowers were shown. A diamond crescent is positioned at the top of the central egg and at the bottom, on both sides, flags, drums, cannons and bayonets are mounted. The color of the flag is divided into three rows of rubies, diamonds and a light emerald. The whole of aigrette is decorated with flaming diamonds, large and small. This jewelry globe was made in 1869 on the order of Nasser Shah. A group of Iranian goldsmiths, under the supervision of Ebrahim Massihi, made this globe using the loose stones of the Treasury. The net gold used in this globe is 34 kilograms and the total weight of the stones is 3,656 grams. The total number of stones used is 51,366 pieces. The seas and oceans are encrusted with emeralds, Asia, North and South America, Australia with rubies and amethysts, Iran with diamonds and Europe with red rubies, Central Africa and the South Africa in sapphires and the equator as well as other geographic lines in diamonds. Looking closely, one can also read Nasser Shah’s various titles carved on the globe. Mount Damavand is highlighted by a large ruby ​​and the city of Tehran shines in the form of a very distinctive ruby ​​called Orangue-zib. Throne of Peacock or Throne of the Sun

During the reign of Fath-Ali Shah (19th century) and by his order, a great throne was built under the supervision of Nezam Addoleh, the governor of Isfahan. Using gold and loose stones from the Treasury. Because a gem-encrusted sun design was used atop the throne, it became famous as the “Throne of the Sun”. After the king’s marriage to Tavous, – in Persian peacock – due to her name, the throne was called “Peacock Throne”. Some compare this throne to the one that Nader Shah brought with him from India. However, the latter was completely destroyed after Nader’s death. The disambiguation of the two thrones would therefore be pure coincidence.